The Fulton-DeKalb Hospital Authority promotes the health of the greater Atlanta community. Governed by a Board of Trustees, the Authority is committed to working to meet the healthcare needs of the residents of Fulton and DeKalb counties through oversight of the Grady Memorial Hospital Corporation.

As a result of the Board of Trustees’ vision and their collaborative work with the Grady Hospital System, Grady Memorial Hospital continued to make great strides in the last decade. This FDHA Board is comprised of 10 individuals who have given tirelessly of their time and talents. Their commitment to excellence in governance and staff operations has demonstrated leadership and yielded exceptional results. 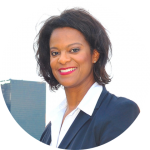 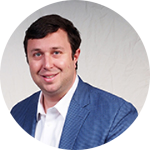 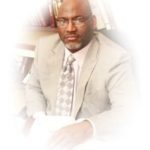 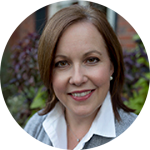 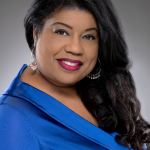 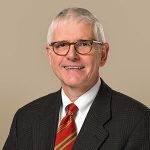 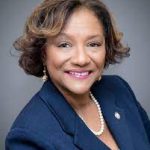 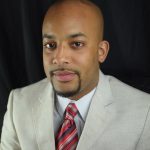 Alicia M. Ivey has played crucial roles with a number of corporate entities and worldwide brands to include (but not limited to) Focus Brands, Hartsfield -Jackson Atlanta International Airport, The Patricia Nash Brand, Heinemann Americas Corporation and Bacardi USA. As the Chief Executive Officer and Co-Founder of Goldbergs Concessions, the company has exclusive rights to the iconic Atlanta Braves All Star Grill, Goldberg’s Bagel and Deli, Subway and the National Center for Civil and Human Rights.

Ms. Ivey’s exemplary leadership led to her appointment to the Board of the City of South Fulton’s Development Authority, the Fulton County Tax Allocation Board, as well as the Board of Metropolitan Atlanta Rapid Transit Authority (MARTA), the 8th largest transit system in the United States). She served as MARTA’s Treasurer and Vice Chair of the Operations and Safety Committee. Ms. Ivey was also tapped to serve as an Advisory Board Member for Greenwood Bank, a financial institution that is committed to the economic empowerment of minorities. Ms. Ivey has also been recently named St. Jude’s Children’s Research Hospital’s Advisory Council’s Sub-Chair, and she served as Director of Economic Development for the National Black MBA Association. Additionally, she is a former board member and active member of the Atlanta Business League, where her business acumen earned her the honor of being named Woman of the Year as well as one of the 100 Most Influential African American Women in Atlanta.

Ms. Ivey’s commitment to the community is reflected in many community, political and civic arenas. Among them are the Southern Christian Leadership Conference (SCLC), the C. T. Vivian Institute, the International Women’s Forum, the National Coalition of 100 Black Women and the Women’s Solidarity Society. She is also the founder of the Legacy Lady Foundation where she works diligently to highlight the significant achievements of women so that they are recognized and preserved.

A native of Atlanta, Georgia, Ms. Ivey earned her undergraduate degree in Liberal Studies from Reinhardt University. The institution also entrusted her as a member of its Board of Trustees, and she made history there in 2019 as the first African American to deliver the commencement address. Ms. Ivey also earned her MBA from Argosy University. Additionally, she is a distinguished alumnus of Leadership Atlanta, one of the oldest sustained community leadership programs in the nation. Alicia M. Ivey is a business builder, thought leader and community servant who wholeheartedly believes in her family mantra, “God, family and business.” She has an undying love for the city of Atlanta, the place she believes is the best place in the entire globe. Her legacy is strong and she truly believes she has a legacy to keep and an image to uphold.

Rick Shackelford retired as a partner in King & Spalding’s Atlanta office at the end of 2014. While at King & Spalding he served as the national Practice Group Leader of the firm’s Healthcare Practice Group. He is a past President of the American Health Lawyers Association and was named by The Best Lawyers in America as the “Healthcare Lawyer of the Year” for Atlanta in 2013.

After his retirement from law practice, Mr. Shackelford has focused on non-profit board service.  He is a member of the Boards of Directors of Atrium Health Navicent and Wake Forest University Baptist Health Center, large health systems located in Macon, Georgia and Winston-Salem, North Carolina, respectively.  He is also a member of the Board of Trustees of the Georgia Eye Bank.

Prior to his retirement from law practice, Mr. Shackelford was a frequent lecturer and writer on False Claims Act investigations and healthcare regulatory, fraud and abuse, compliance and healthcare litigation issues. He was listed for many years in the leading attorney rankings, including Best Lawyers and Chambers.

State Representative Karen Leeper Bennett is a native of Richmond, Virginia and moved to DeKalb County, Georgia in 1985. She earned a Bachelor of Science in Physical Therapy from Howard University, where she graduated with honors. Subsequently, she received a Master of Science from Georgia State University, a Master of Divinity from the Candler School of Theology at Emory University and a doctorate in physical therapy from Alabama State University.

In 2012, Rep. Bennett was elected by an impressive majority to serve in the Georgia General Assembly as the State Representative for House District 94, representing citizens in portions of DeKalb and Gwinnett counties. She was also elected by her peers to serve as the chairman of the Georgia Legislative Black Caucus (GLBC) for the 2019 – 2020 legislative term. The GLBC is the largest state black caucus in the country. Since being elected, Rep. Bennett has also served as the vice-chairman of the House Gwinnett Legislative Delegation and the secretary of the House DeKalb Legislative Delegation.

Professionally, Karen is a licensed Doctor of Physical Therapy, or DPT, and is the president and CEO of Metro Therapy Providers, Inc. in DeKalb County, which is a pediatric therapy provider service offering physical, occupational and speech therapy. She has been recognized for her achievements as a small business owner by the Atlanta Business League, Black Enterprise Magazine and the Physical Therapy Association of Georgia to name a few. She has also served on several boards, both civic and professional. As a member of Alpha Kappa Alpha Sorority, Inc., Dr. Bennett currently serves as the political and social action coordinator for Georgia. In her community, she has served as her county commissioner’s appointee to DeKalb County’s Revenue Enhancement Commission, the DeKalb County Citizens Green Space Bond Fund Oversight Committee and as a representative to the Land Use Committee. Bennett has also served as the chairman of the Board of Directors for the DeKalb Business Incubator, providing start-up incubation services to area small businesses, chairman of the board for the New Bethel Senior Center, member on the Board of Directors for the Physical Therapy Association of Georgia, delegate to the American Physical Therapy Association and as an advisor to the Physical Therapy Association of Georgia for matters pertaining to children with special needs. She has many years of serving the state of Georgia’s Babies Can’t Wait program. She was appointed to serve on the Department of Community Health’s (DCH) Continuous Quality Improvement Council for BCW. Rep. Bennett co-founded the Georgia Occupational Therapy Association, Inc., Tri-Alliance, which includes physical, occupational and speech therapists. The Tri-Alliance advises DCH, the Department of Public Health and care management organization’s on policies that affect access and affordability to therapy services. Rep. Bennett has been an advocate for children with special needs and their families to have accessible and adequate health care for more than 30 years.

Rep. Bennett is known for her dedication, hard work, caring spirit and passionate advocacy in community service and for the rights of others. She is a life member of the Alpha Kappa Alpha Sorority, Inc. and DeKalb NAACP, as well as a member of the DeKalb National Council of Negro Women and the Order of Eastern Star. She has also served as a member of the 100 Black Women of DeKalb County. In addition to working as a professional and community advocate, Rep. Bennett is also an ordained itinerant elder in the AME Church and has served as a senior pastor in the Augusta Conference since 2010 and is currently serving as a pastor in the Atlanta North Georgia Conference. Furthermore, Rev. Bennett served with distinction as the Atlanta East District’s coordinator of “Women in Ministry” and as the president of the Augusta Conference’s “Women in Ministry.”

State Representative, Reverend Doctor Karen Bennett and Mr. Leroy Bennett are the proud parents of two adult children, Jabari Bennett, Esquire, and Asha Bennett, Master of Public Health. Rep. Bennett believes that “only what you do for Christ shall last.”

Thomas W. Dortch, III is Vice President of T.W.D., Inc. where he coordinates all its business interests but has a focus on small business development. With over fifteen years of experience, he has been able to develop several companies and continues to create opportunities in this role. He continues to evolve and seek opportunities to empower others. Mr. Dortch is also co-owner of JLQ marketing and branding firm as well as owner of The Prime Theory Company which is a company focused on creating wealth through healthy living.

Thomas W. Dortch, III has a Bachelor of Science in Business Administration from Florida A&M University. He began his professional career as an assistant event coordinator with The National Black College Alumni Hall of Fame Foundation. In this position, Mr. Dortch was able to create several initiatives and raise money to assist in the growth of historically black colleges nationwide. He served in this position for nearly ten years. Coinciding with this position, Mr. Dortch served as human resources and public relations manager for Atlanta Transportation Systems, Inc. While at ATS, Mr. Dortch was able to maintain Fulton County transportation for the developmentally disabled and senior citizen residents. He also created many private transportation contracts. He served in this position for several years.

Mr. Dortch is certified as a personal trainer and nutrition specialist. He has been able to assist numerous clients in reaching their health goals. Mr. Dortch is passionate about helping those that are less fortunate or have battled with several mental, physical or health issues, especially addiction. Through The Prime Theory Company, he hopes to further his reach and empower these groups in need. With a partnership created by The Prime Theory Company, Mr. Dortch has been able to create the Cascade Heights Indie Market which allows over 100 small business owners to showcase their products and services to the community monthly. He will also introduce one of the first health and wellness fitness centers in the city of Atlanta by the end of the year 2021.

Mr. Dortch formed JLQ marketing and branding firm with his wife, Jeniece Stewart, to help companies and organizations reach a larger audience and customer base. As a team, they hope to create innovative ways for companies to thrive in an ever-changing social atmosphere. As a duo they strive to be able to accommodate clients of all sizes and all levels of need.